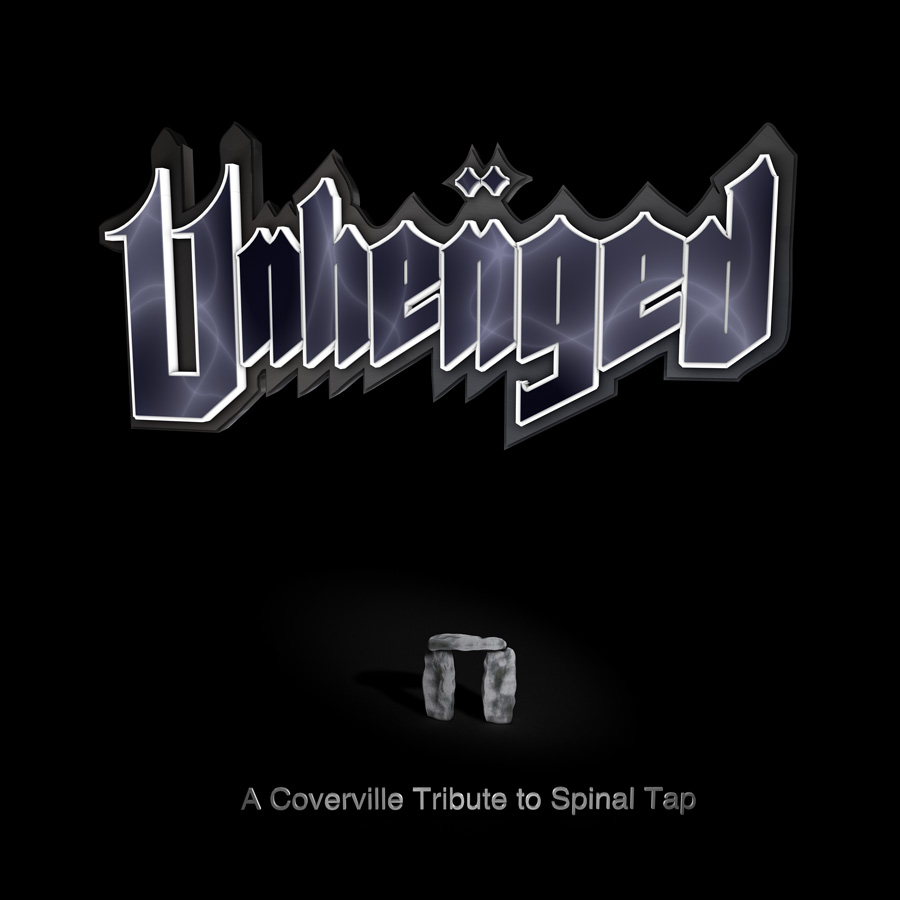 The tribute to Spinal Tap, Unhenged, has been released, with my semi-awesome cover of Heavy Duty! From the Coverville website:

IN HONOR OF THE 25TH ANNIVERSARY OF THE RELEASE OF "THIS IS SPINAL TAP",

COVERVILLE MEDIA ANNOUNCES THE RELEASE OF THE FIRST EVER DOWNLOADABLE SPINAL TAP ALBUM!

On March 2, 1984, Rob Reiner, Christopher Guest, Michael McKean and Christopher Guest released what would become one of the most popular mockumentaries of all time, "This Is Spinal Tap", starring a believable – albeit fictional – heavy metal band. But what makes a band real vs. fictional? The (core) members of Spinal Tap, David St. Hubbins, Nigel Tufnel and Derek Smalls, played all their own instruments, wrote their own songs, released two albums, and even toured.

But they never had a tribute album. Until now.

The long-running podcast and radio show, Coverville, spent the past 8 months assembling independent artists to complete a 13-track tribute album for the band, with artists like indie favorites Paul & Storm, Arrica Rose, John Dissed, Chance, Zapruder Point and Dogs Of Winter. The album features covers of well-known heavy metal parody Spinal Tap tracks, like "Big Bottom" and "(Listen To The) Flower People", with some tracks performed in a straight-ahead rock style, and others performed with their own tongue-in-cheek humor.

The album can be downloaded for free at: http://coverville.com/spinaltap/

The full tracklist and lineup for the album is:

Previous Coverville Media projects include a tribute to Supertamp's "Breakfast in America", and another for the band Squeeze, which founding Squeeze member Chris Difford used as pre-show music on his tours last summer. The Coverville podcast and radio show recently celebrated its 5th anniversary and 600th episode, and can be found at http://www.coverville.com.